By the beginning of the 17th century, coffee had reached the shores of Great Britain, and in 1652, the first coffee house in Europe opened in London. Pasca Rosie's establishment, however, was more like a simple counter set up in the courtyard of St. Michael's Church, a stone's throw from London's popular Cornhill district. It is believed that Rosi was born at the beginning of the 17th century in Sicily. He was a far-sighted entrepreneur, and to avoid the displeasure and accusations of the owners of nearby pubs that he was a foreigner, he took Christopher Bowman, a true Briton, as a partner. The business was a huge success and when the word about the amazing properties of coffee spread throughout the city, the coffee house moved to a separate large premises across the street. Coffee shops are popping up all over London like mushrooms after the rain. Ten years after Rosie's coffee house had the first cup of a wonderful drink, there were about a hundred coffee shops in the city. Similar institutions were also opened in Oxford and Cambridge. At the turn of the 18th century, there were more than a thousand of them.

At the time coffee was considered an excellent remedy for a hangover, which is not surprising when you consider that breakfast, as a rule, consisted of a portion of beer, and for two pennies you could get drunk until you were sick. Coffee eliminated the unwanted effects of alcohol consumption, including dulling of the senses and the desire to fight with someone. This Turkish drink stimulated attention, facilitated discussions, turned arguments into a real ritual, and brought like-minded people together. As it is said in a poem by an unknown English author from 1674: coffee is "that dark and astringent brew/will not drive you crazy, /but will get rid of colic/and improve your memory,/and will make you think,/dispel sadness/and will not leave you alone" .

In such cafes, it was not necessary to book a table in advance, there were no class prejudices, and entry was prohibited only to women. Merchants, politicians, people from the upper world, intellectuals, scientists, journalists, philosophers, poets and simple workers could find themselves here side by side. Sometimes important matters were discussed there, but, as a rule, people simply enjoyed a cup of coffee and a leisurely conversation with each other, all this to the "clinking of kettles, milk jugs and spoons against the background of the grumbling of the hot stove".

In his book "The Character of Coffee and Coffee Houses" (1661), John Starkey gave a very accurate description of the situation at that time: "Your status is absolutely not important here. Anyone can come and occupy the town, and everyone is equally welcome. Such general equality and respect could only be found in the Renaissance, and now also in coffee houses. 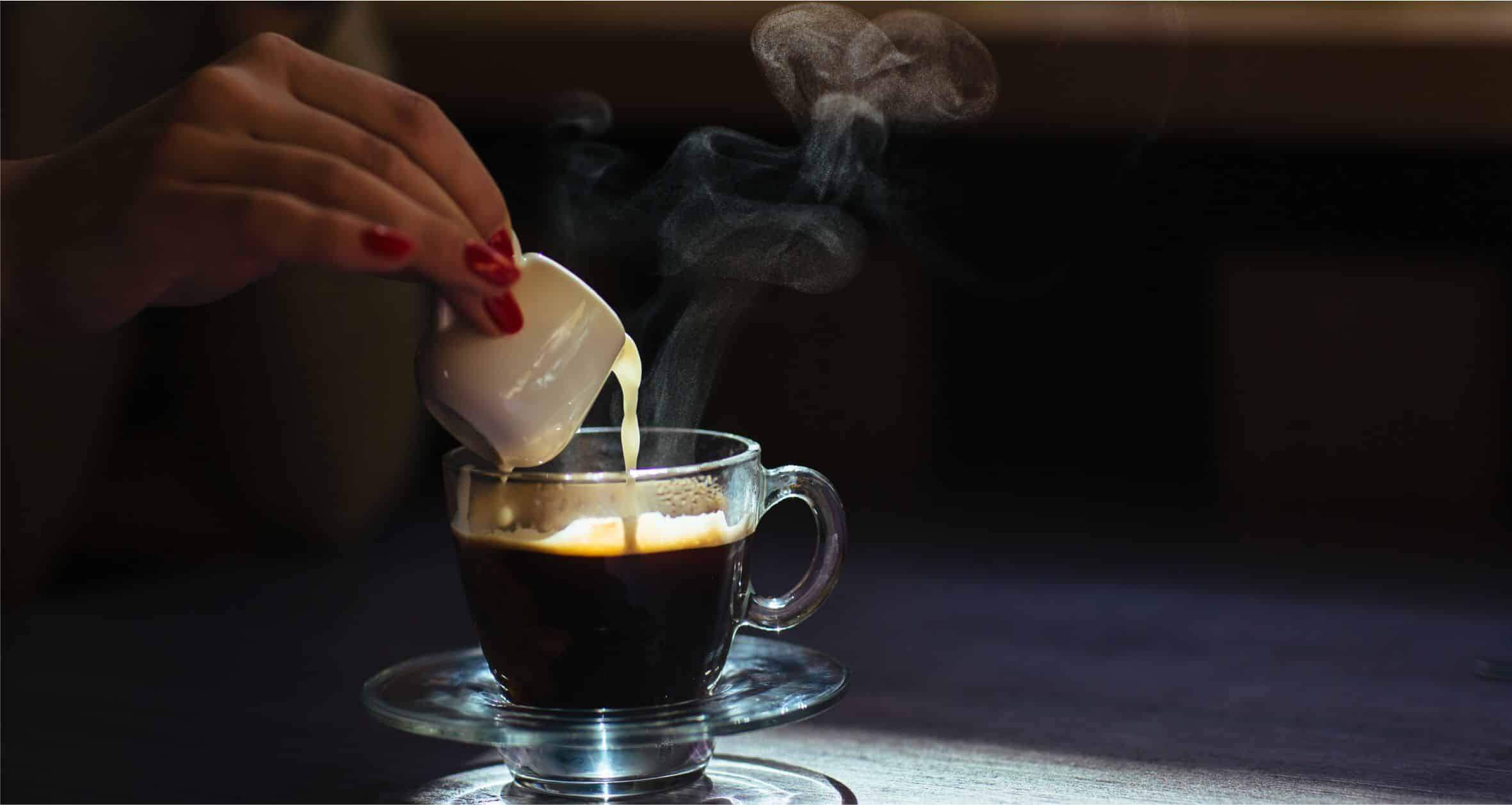 Coffee houses were the perfect place to rub bones with politicians. Ideas of coups d'état and uprisings were born in such discussions. King Charles II of England (1660-1685) personally instructed his spies to closely monitor what was happening in London coffee shops. Soon he tried to ban such institutions: his manifesto, published on December 29, 1675, said that "people spend too much time in them, which could and should be used for the benefit of society." However, thanks to the efforts of coffee magnates, this bill was never passed.

At the end of the 17th century, some London coffeehouses began to be called "universities for money." Their atmosphere created excellent conditions for the development of radically new directions of scientific thought, was a kind of incubator for various theories and hypotheses, and sometimes a bridgehead for demonstrations and conducting experiments in the field of "natural philosophy".

Soon, the contingent of many coffee houses became relatively homogeneous. They were visited by representatives of certain levels of business, journalists, artists or intellectuals. So, Christopher Wren (the architect of St. Paul's Cathedral) and the outstanding English scientist Robert Hooke visited mainly such coffee shops as Ogeaap, Mappe and Oaggau. Mappe's coffee shop was also frequented by one of London's first celebrity scientists, James Hodgson. Isaac Newton's seminal work entitled The Principles, in which he first presented his theory of gravitation, was published in 1687, and it is said that the Cambridge Coffee House is to thank for this discovery, and an apple did not fall on his head at all.

Scottish scholar Adam Smith wrote most of his An Inquiry into the Nature and Causes of the Wealth of Nations, perhaps the most important work on economics and finance in human history, while sitting in London's British Cafe. Coffee houses of this type, as a rule, were a small living room, where international trade and commerce were discussed in a cozy atmosphere. All important news received from the overseas colonies spread quickly through the coffee houses: messenger boys ran and shared the news with the visitors. For example, Jonathan's Coffee Shop was one such establishment, a popular alternative to London's Royal Exchange. 100 years later, in 1773, a group of London stock traders opened their new coffee shop, which was named New Jonathan's. The name, however, did not catch on, and soon the institution was renamed the Stock Exchange (now the London Stock Exchange).

The history of one of the world's largest insurance markets, Lloyds of London, began with a coffee shop. Porters who still work there are traditionally called waiters. The famous print editions The Spectator, The Guardian and Tatler were also directly born in coffee houses, or were closely associated with them. Thanks to them, the masses got the opportunity to quickly learn about the latest news, which was previously available only to representatives of the intelligentsia. The subtitles of the chapters in Tatler, when it was first published in 1709, were even named after the main coffee houses of London. 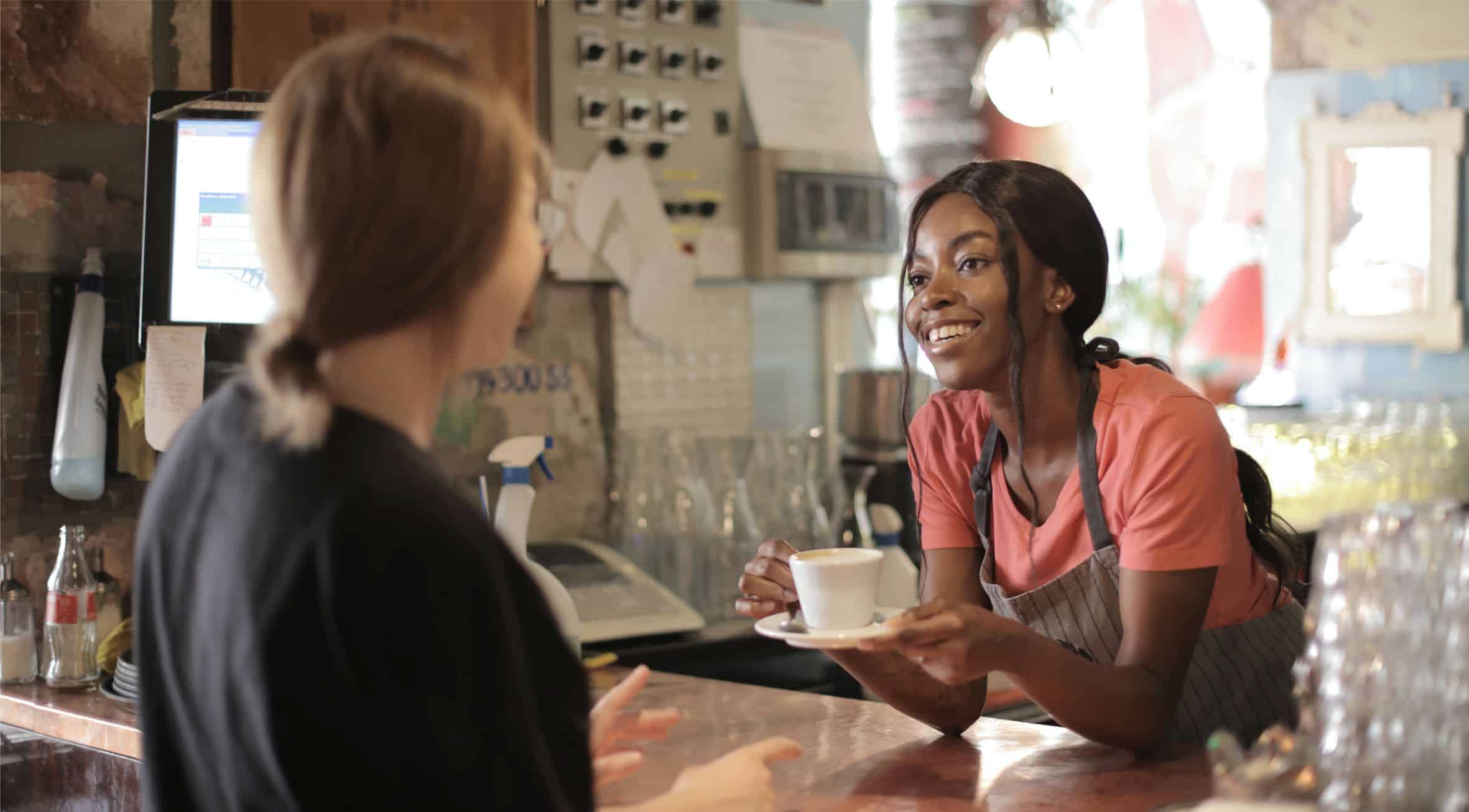 And what about the drink itself? Apparently, his taste left much to be desired. In the book "The Character of Coffee and Coffee Houses" published in 1661, John Starkey described coffee with phrases such as "boiled soot", "with the taste of burnt bread", you could also find variants of "horse" or "hot hellish drink". Undoubtedly, most of the coffee houses were engaged in roasting the grain themselves. Perhaps they preferred a very dark roast. Although the reason for the bitterness of drinks offered by coffee shops is related to the very ambiguous methods of brewing coffee "Turkish", which involved repeated boiling of coffee. In some recipes of the 17th century, it was even recommended to use water after boiling it for 15 minutes and adding some old ground coffee to it. The appearance of the drink was probably valued much higher than its taste. However, some coffee shop owners have experimented with different filtration methods, using egg white and gelatin (a substance boiled from the swim bladder of fish) for this purpose, seeking to reduce the amount of sediment in the final product. At the same time, as a rule, all coffee was brewed in the morning and during the day it was heated and served to visitors, which, of course, did not improve the taste of the drink.

In Paris, the first coffee house appeared 20 years later than in London, in 1672. It was rumored that our good friend Paska Rosi had a hand in it. Unfortunately, no documentary evidence of the existence of this institution has been preserved. The situation is different with Cafe Rgosore ("Cafe Prokop"), founded in 1686 and soon becoming one of the main meeting places of figures of the era of French education: Rousseau, Diderot and Voltaire often went there.

Not only that, it was there that Voltaire, who was rumored to drink forty cups of coffee a day, conceived his "Encyclopedia", the world's first book of its kind. We also know that two of the founding fathers of the United States, Thomas Jefferson and Benjamin Franklin, made appointments with each other at Cafe Rgosori, which has miraculously survived in the same location to this day. In another popular Parisian coffee house, Cafe de Foy, a movement was born that would later lead to the French Revolution. It was there on July 12, 1789, under the watchful eye of police spies, standing on a table, brandishing his pistol, that Camille Demoulin addressed the audience with his legendary appeal "To arms, citizens!". Two days later, the Bastille was taken, and this was the beginning of the French Revolution.

And although the wave of general admiration for coffee captured London first of all, by the end of the 1670s, most large European cities had at least one coffee shop. The first American coffee house opened in Boston only in 1671, and it took another 25 years for coffee houses to appear in New York.

DISCAF company is the most modern coffee producer in Ukraine. We independently carry out all stages of coffee production as a finished product: purchase of raw materials, roasting, grinding and packing of coffee