The history of coffee, like all human civilization, began in Ethiopia. Surprisingly, a single discovery, accidentally made by a humble goatherd, later influenced the formation of states, revolutions and incredible scientific discoveries. Do not believe? Pour yourself a cup of good coffee and read on... By pure chance, coffee appeared in the Middle East precisely at the turn of the 9th-10th centuries, at the dawn of an amazing age of education and discoveries. Perhaps the fact that over the next thousand years the spread of coffee culture in the world (from Turkey to Britain, France, Spain, Portugal, Holland and America) generally preceded all significant geopolitical changes is also a simple coincidence.

It is no coincidence that the "coffee establishment" every time surprised the world with its non-standard view of traditional things, stirred up the class system and contributed to the active exchange of knowledge in this field. Some of the greatest minds in human history, from Isaac Newton to Beethoven, Napoleon and Steve Jobs, not only had the opportunity to observe the development of coffee culture, but were also big fans of this amazing drink. Sometimes actions coffee producers even became the cause of significant historical events: revolutions, civil wars and uprisings. It is not difficult to imagine how religious leaders, kings and politicians decide the destinies of entire nations and states while sipping aromatic coffee.

Coffee has been consumed in Europe for only 400 years. On the other side of the ocean, in the New World, it appeared even later - 300 years ago. Nevertheless, coffee managed to influence the formation of states, the formation and preservation of the slave system, the development of mass media, and the appearance of the first analogues of large trading corporations.

And also influenced the formation of financial institutions with a world name.

Traces of its centuries-long influence can be traced in many aspects of everyday life, including politics, journalism, science and literature. 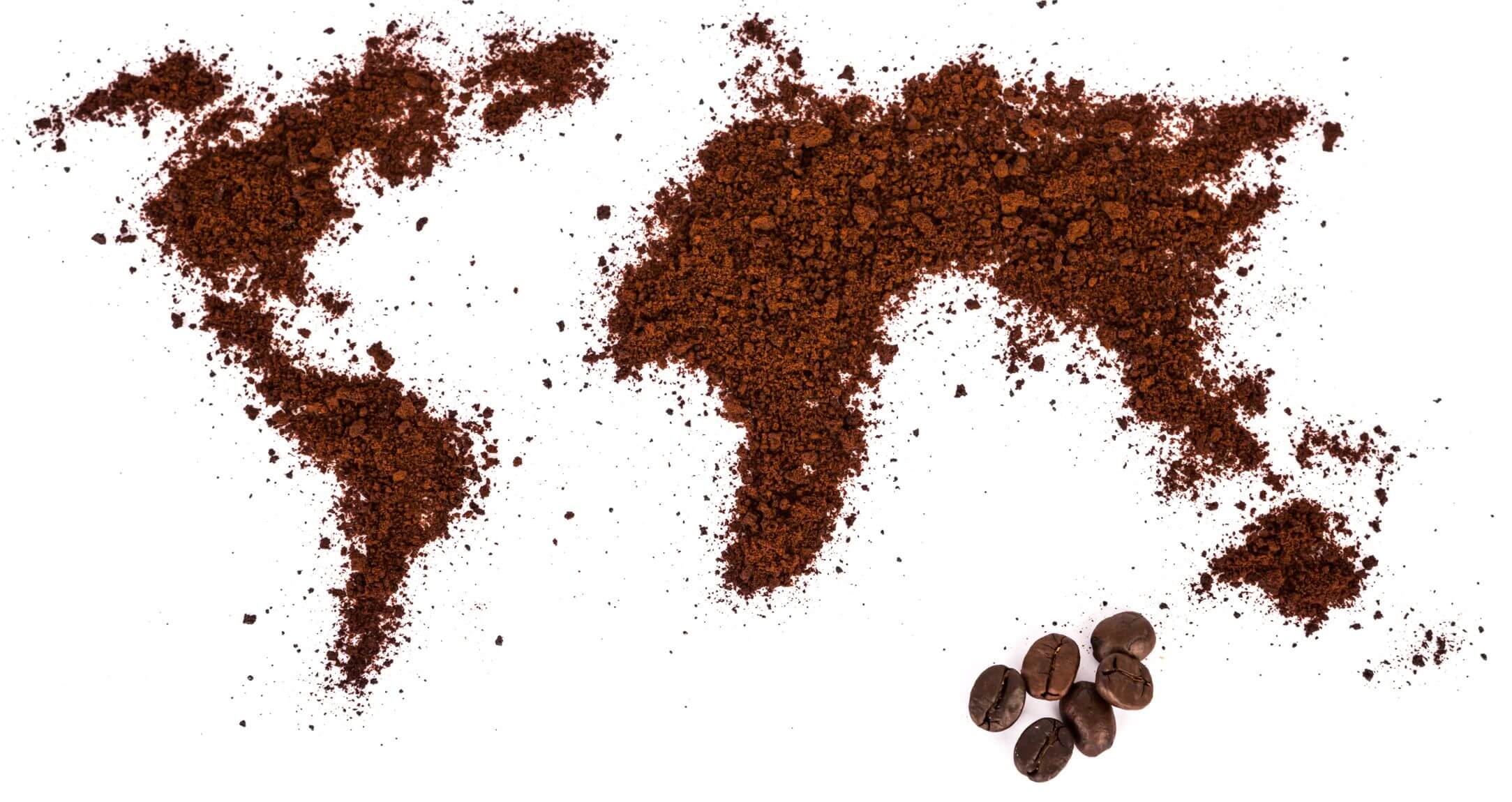 WHERE IT ALL BEGAN

Our journey begins in Ethiopia. And although it is traditionally considered the birthplace of coffee, it is quite possible that in fact this country was simply the first place where coffee trees imported from Sudan were able to take root well and grow to full strength. We still do not know for sure where coffee leaves, berries or beans were first used. But we know for sure that about 2,000 years ago, the nomads of the Oromo tribe, who lived in the territory of the Kaffa kingdom (Ethiopia), molded a kind of small cakes from ground coffee leaves and berries. They were like a coffee bean, chewing which a person experienced a short-term surge of strength and energy. In the 5th century, e. the territory of Northern Ethiopia and parts of Southern Egypt were part of the Aksum kingdom, which actively exchanged goods with the Roman Empire. But, unfortunately, there is no written evidence that the Romans once drank coffee...

It is likely that coffee it was also grown in the kingdom of Himyar (modern Yemen), after its territories were captured by the kingdom of Aksum. In addition, in the 7th century e. the political, cultural and trade ties between the peoples of Ethiopia and Yemen were significantly strengthened, the spread of Islam continued - all this contributed to the development of coffee culture. Soon, thanks to established Arab trade routes from Yemen, most of which began in the port city of Moha, coffee spread throughout the Middle East.

First, it is worth telling the famous legend, which says that the coffee tree was first discovered by a young Ethiopian goat herder named Kaldi. This story has caught on better than others because it is quite believable, but as a rule, each storyteller adds his own details to it. One evening, young Kaldi was watching his herd and noticed that the goats were nibbling on the leaves and red berries of a certain tree, after which they began to behave extremely lively. Intrigued, he decided to try them himself. The effect was immediate - the shepherd felt a rush of energy and cheerfulness. That's how Kaldi discovered caffeine - the most common means of improving tone in the modern world. How events developed further is a matter of dispute, but the most famous version states that Kaldi shared the discovered fruits and leaves with monks from a nearby monastery.

Yemen has its own legend about the origin of coffee. A certain Omar was thrown to die outside the city walls of Mohi (Mekki). During his wanderings around the district, trying to find some food, he discovered a coffee tree. After tasting its fruits, he felt a rush of energy and strength that helped him reach the city. The fact that he did not die of hunger in the desert was recognized by the townspeople as a sign from above. The inhabitants of Mecca treated the tree discovered by Omar with the same respect, from the fruits of which they later learned to prepare a drink that made their city famous throughout the world. The Arabs called it qwaha, which means wine in Arabic." And since Muslims are forbidden to drink alcohol, coffee allowed them to feel something remotely similar to the intoxicating effect of cheap wine. 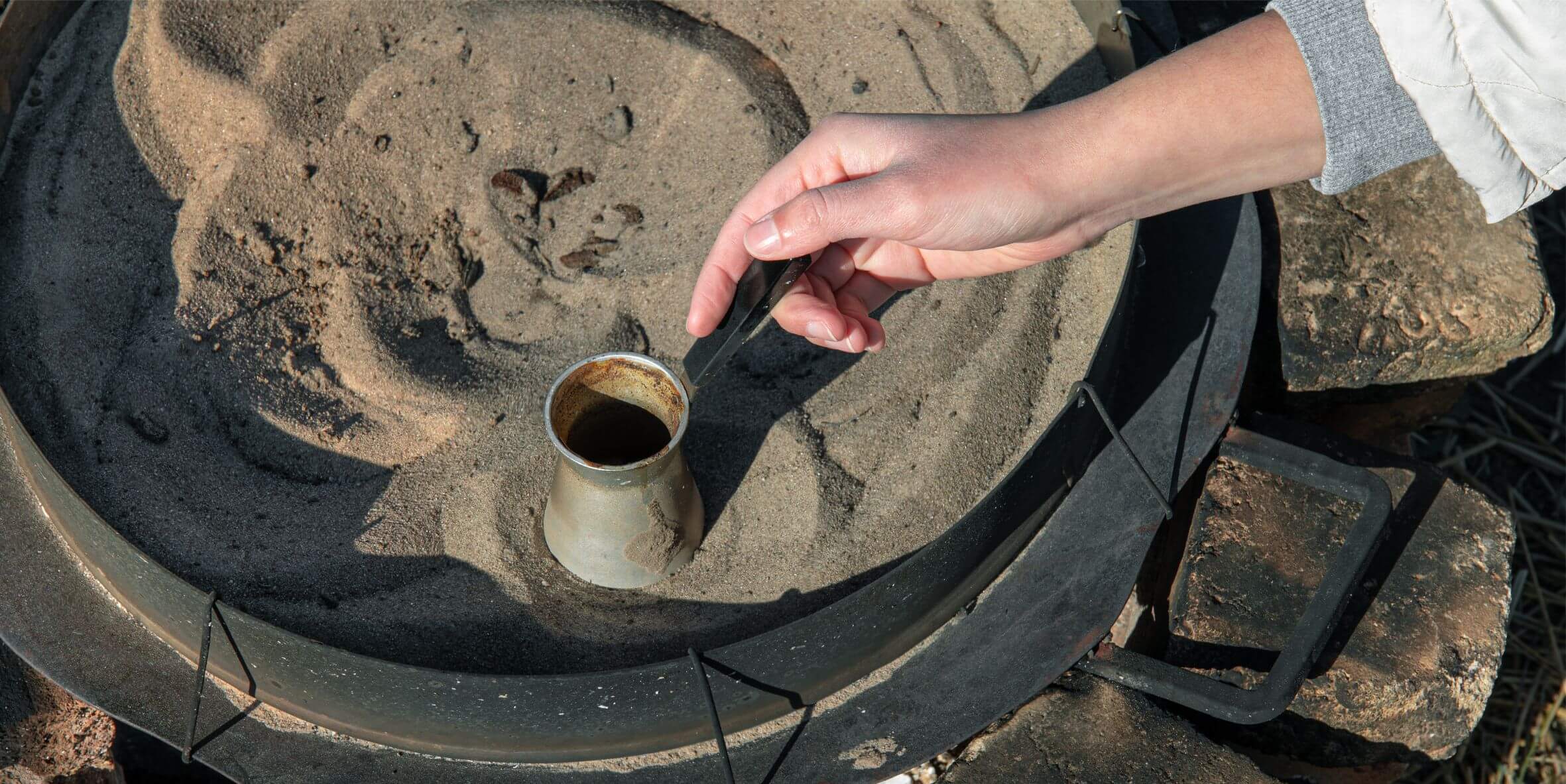 The subsequent history of coffee is associated with the spread of Islam. Coffee was used in religious ceremonies, helping those praying to stay awake during night services. In the same years, in medieval Europe, coffee beans were dried, roasted and ground for the first time, and then a drink was prepared that generally met all the modern basic principles of coffee preparation. It became an important export item for the Arab states, and probably the first establishments where this drink was prepared and sold appeared in Yemen at the end of the 15th century. Only some high-ranking officials did not like the stimulating effect that coffee had on people. In 1511, the ruler of Mecca treated the local supreme judge to coffee, and then ordered him to ban this drink, because he was sure that "people get drunk from it and become more prone to breaking the law." His efforts had an effect — all coffee stocks were burned right on the streets of the city, and coffee houses were forced to stop selling this drink.

The ban lasted only a few months and was canceled by higher authorities. During the next 200 years, sultans, rulers, kings and local authorities of many Arab (and not only) countries repeatedly issued similar laws and canceled them just as quickly.

In 1517, Yemen was captured by the Ottoman Empire. It took a while for the new government to understand how valuable a commodity coffee is. Strict legal restrictions on the export of grain and control over the non-proliferation of coffee trees were introduced. Freshly picked berries were first scalded with boiling water or partially fried and only then transported by sea to Suez (Egypt). From there, the goods were delivered to Alexandria, where they could be purchased by European buyers. Despite all precautions, someone still managed to steal the precious grains. Legend has it that one trickster hid some green seeds in his belt. This is how coffee got to India.

Towards the end of the 16th century, mentions of coffee appeared in European literature. Thus, in 1592, the first detailed illustration of a coffee tree was presented in the book of Professor Prosper Alpinius. Alpinius also mentioned that the Turks made a decoction from the fruits of this tree. In the future, the Dutch scientist Palyudanus became interested in this exotic plant and drink, he mentions it in his "Dorozevy notes" (1596):

"In the morning they drink this hot, burning concoction on an empty stomach, always from clay mugs, […] they say it strengthens their strength and makes them more passionate."

In 1610, Constantinople (Istanbul), the pearl of the Ottoman Empire, was one of the largest and richest cities in the world. At that time, the most popular drink was called koffa and was "very similar in color and taste to soot." Europeans were interested in the unusual tradition of the Turkish people. And it is not surprising, because it was one of the largest empires in the history of mankind, which stretched from the shores of North Africa to Eastern Europe and had incredible influence. While the koffa tree itself and its fruits were carefully studied by the leading botanists and scientists of Europe, almost everyone could experience the effect of the drink prepared on their basis.

DISCAF company is the most modern coffee producer in Ukraine. We independently carry out all stages of coffee production as a finished product: purchase of raw materials, roasting, grinding and packing of coffee